Yesterday, we’d been faced with either just working Watford Locks, and leaving a lot to do on the Friday, or carrying on down Buckby locks and leaving us very little to do (after the second lock it’s not feasible to stop halfway down). Opting for the latter, we had loads of time to get to Bugbrooke by close of play, and were soon tied up above the church at Weedon Bec, which is tightly sandwiched between the canal and the West Coast mainline, both of which loom over the churchyard on high embankments. 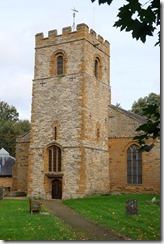 The “Bec” is customarily silent, as in Tooting; both place names derive from a mediaeval abbey in Normandy that owned lots of land around both areas.

There are two ends of town; the old part is lovely, with warm sandstone and brick houses and occasional thatch, albeit with a distressing surfeit of aberrant apostrophes. 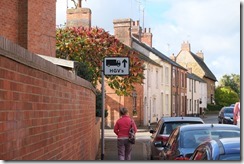 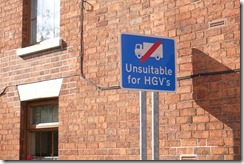 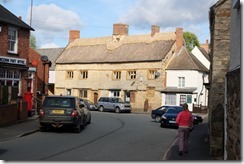 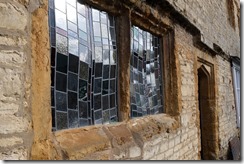 The other end, where the soon-to-be-rerouted A45 will shortly become the Weedon and Flores Bypass, is rather different. There’s a major road junction with the A5 surrounded by antique shops, pubs, restaurants and a Tesco. Between the two lies a boatyard, and the remains of a short arm into a one-time Royal Ordnance Depot with an interesting history. It was supposedly going to be a secret bolt-hole for the royal family if Napoleon crossed the channel. 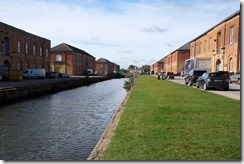 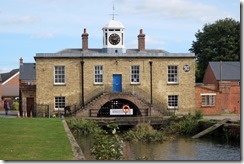 The last time we were here, you couldn’t go into the depot, but they’re gradually turning it into a destination for the general public. Unfortunately the short arm connecting the basin to the canal has now had a shiny new housing estate built over it. However, with a huge second-hand bookshop equipped with comfy sofas and a café, it was definitely time to tarry.

Belatedly we set off again, down a pleasant if railway-noisy chunk of the Grand Union, and reached our destination of Bugbrooke by about 16:00 on Friday afternoon: right on time! Time to explore…