While walking from The Holly Bush to The Star, one passes Cheddleton Flint Mill; as it’s named after the Head Gardener, and we’d been past several times without stopping, we thought we’d better investigate. 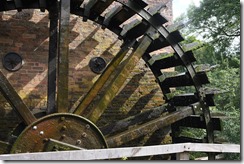 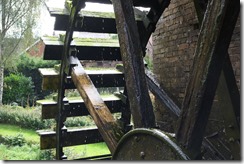 There are some rather fine old buildings: the mill with two water wheels, and some workers’ cottages. The wheels still turn and run the flint grinding machinery inside. 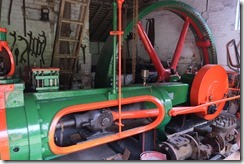 There’s an old steam engine, presumably for when the water supply failed…

… and a rather unsatisfactory answer to one of the mysteries of the universe.